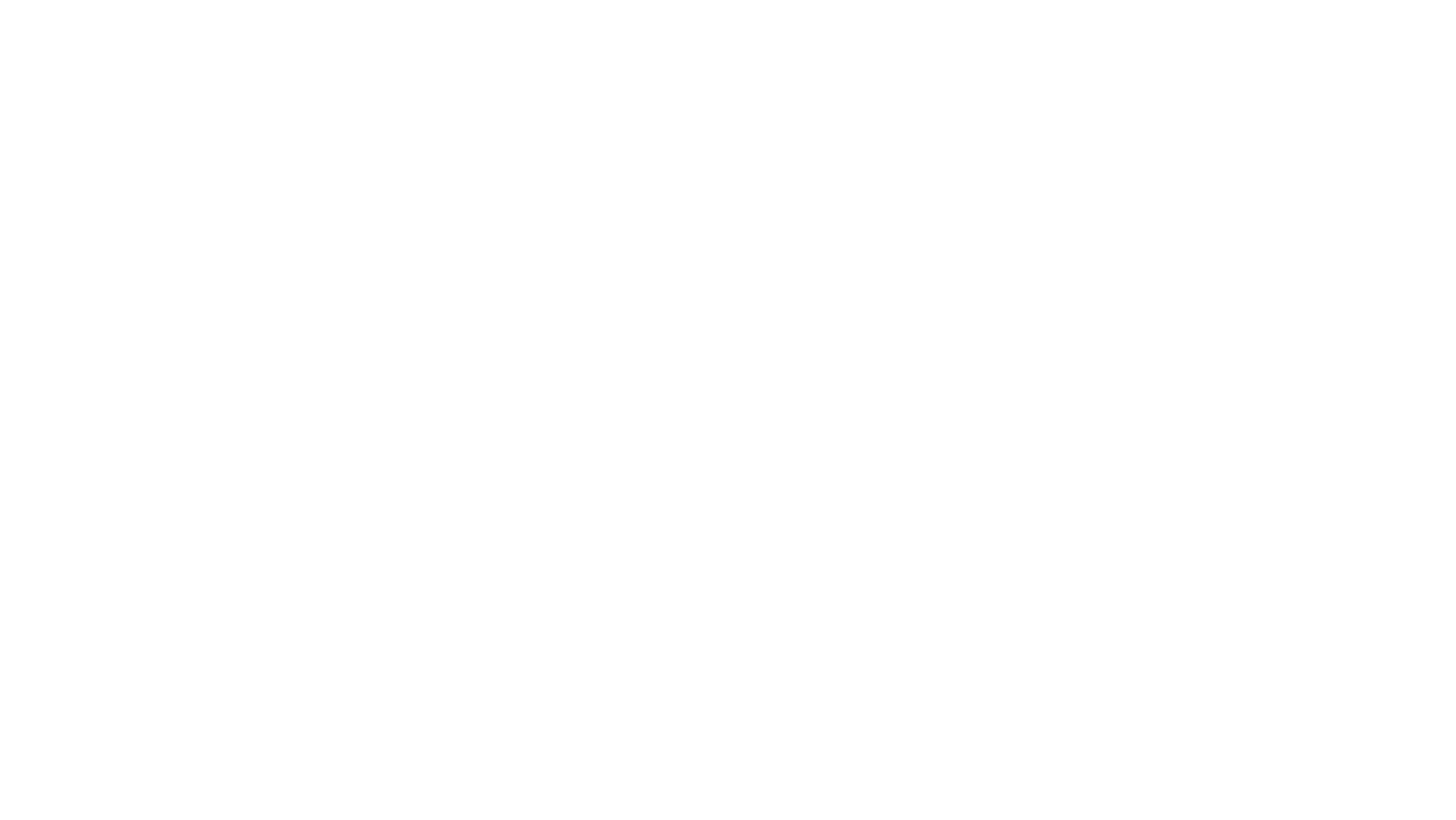 The following article is a takeover prepared by the students of the class « Sustainable Luxury » (part of the master « New Luxury & Art de Vivre » at Sciences Po, Paris / France) taught by UrbanMeister founder Mirela Orlovic. They share their views on how a future based on sustainability and circular economy after Covid19 will look like.

In the past few years, the diamond industry has experienced a seismic upheaval. While a natural diamond must take from 1 to 3.3 billion years (between 25 and 75% of the age of the Earth) to crystallize its carbon atoms deep into the Earth, a synthetic diamond can today be grown in a state-of-the-art laboratory in a matter of weeks.

These synthetic diamonds are becoming in vogue in the wave of « conscious luxury » and are associated more and more with the term « ethical diamond ». The attraction for laboratory diamonds should be particularly strong among the generation of Millennials, for whom ethics and the environment are major considerations. They are also widely perceived as less materialistic than previous generations, less attached to traditional romantic notions of natural stones and attracted by the modernity of the laboratory process.

The History of Diamonds

The first probable reference to diamond dates back to the 8th century BC. Until the 15th century, only kings wore diamonds, as a symbol of courage, strength and invincibility. The word « diamond » is derived from the Greek « adamas », which means invincible and suggests the eternity of love. This stone has an incomparable shine and is the hardest of all stones.

Diamond mining is a very profitable yet not very regulated industry causing disastrous environmental damages. Did you know that the average size of a diamond mine is 2 km on average? Digging this deep and wide often comes with de-routing rivers, cutting down forests and ultimately destroying ecosystems, making farming and any soil exploitation completely impossible for years, if not decades. Furthermore, it goes without saying that the labour in these mines is not enough regulated and represents an infringement of human rights and child labour.

Despite these terrifying environmental and social impacts, diamonds have always fascinated women and men from the East to the West. Known as “the hardest material on Earth”, it has been used as ornaments and signs of wealth for centuries. Today, diamonds  are the emblem of long-lasting love, being from far the number one stone chosen for engagement rings. In the USA, representing about 49% of the worldwide demand for diamonds the giant DeBeers has been ruling the supply since its creation in the late XIXth century, with a 25% global market share worldwide. The overall diamond market is forecasted to reach a 26 billion USD worth for 2020 (pre-COVID19 predictions).

How to characterise a diamond?

The 4Cs are the four criteria that determine the quality and value of the diamond; namely Carat, Cut, Colour, Clarity. These are evaluation criteria corresponding to the weight, size, colour and purity of the gem. Completely colorless diamonds are extremely rare, most of them have a slight coloring which does not affect the beauty of the stone. Some have fine crystallization irregularities which are called inclusions.

In 2019 only, about 142 millions carats of diamonds were produced from mines. Scientifics assume that the worldwide reserves represent roughly 1.2 billion carats, considering the yearly amount of extraction and demand for that stone, diamonds will become increasingly hard to find.

How are diamonds made?

“Diamonds are made under pressure”. Similar to graphite, diamonds are made of carbon and under Earth. Formed by a combination of heat, pressure and time, the diamonds nowadays worn were formed about 1 to 3 billion of years ago. They were made accessible to the mankind by volcanic eruptions or other deep earth movements that brought the gems back up. “Diamonds require environments of at least 752 degrees Fahrenheit (400 degrees Celsius) and 434,113 pounds per square inch (30 kilobars). The most favorable diamond-forming conditions can be found about 100 miles (160 kilometers) underground.” Diamonds are a scarce resource, but the main explanation of their high cost is the difficulty to access and extract them.

It is in the 1950s that researchers have discovered how to convert graphite and iron into diamond using fusion. These lab-made gems have been used for decades in technological devices such as chips or in various industries due to the high resistance of this type of stones.

However, the rarefaction of this stone combined with technological advances and the increasing societal conscientiousness on the environmental and social issues linked to diamond mining has slowly introduced man-made diamond in the jewellery industry.

It was about time for this industry to go through a disruptive transformation. “Tech for good” it is, and here come lab-grown diamonds.

Lab — or man made diamonds — are formed using a process similar to the one cause by the Earth on real diamonds, applying high pressure on carbon. Their characteristics are identical to diamonds extracted from mines. The only difference between mined diamonds and synthetic diamonds lies in the origin: the soil for the mined diamond or the manufacture for the synthetic diamond.

Lab-grown diamond have the same physical, chemical and optical properties as mined diamonds. The global synthetic industrial diamond production is increasing and represented in 2016 an industry worth 4.41bn USD. There are a few players that are already exploiting the lab-grown diamond technology, used as a competitive advantage in their marketing strategy.

Founded by Manuel Mallen, Courbet is capitalising on lab-grown diamond technology while upholding the Place Vendôme image. By producing jewellery pieces made from 100% recycled gold and lab-grown diamonds, Courbet is upholding a conscious and made in France identity, which is well explained in their motto: “Without the good, the beauty is nothing”.

Another example of a jewellery maker using lab-grown diamond, is the Belgian company Kimaï. Upholding sensibly the same values as Courbet, Kimaï proposes 100% recycled gold jewels with lab-grown stones. A couple of months after the launch of their company in 2019, the brand has experienced an enormous boost due to the “Meghan Markle Effect”. Indeed, in November 2019, the Duchess of Sussex was seen wearing a pair of Kimaï’s earrings.

This has brought the two Kimaï founders under the spotlight and allowed them to raise a projected $1.2 million in fundings. Despite from the two original owners, the investment fund Talis Capital joined the game, followed by personalities such as Xavier Niel, Coralie de Fontenay (former director of Cartier France) and Fidij Simo (director of Facebook).

The fact that so many powerful actors from various industries are highly interested in lab-grown diamonds and willing to support young brands such as Kimaï provides very positive market conditions for the future of this business.

Why do people purchase diamonds? Rapnet, a marketplace highly specialized in diamond has depicted nine main purchase drivers for diamonds nowadays. If every consumer is special, when it comes to diamonds the ways of approaching the purchase are very similar:  to make a statement, having a unique gem, differentiation, quality assessment based on the 4Cs and the tight link with eternity and engagement.

If the drivers to purchase are similar, the choices of shapes, cut and crimping are very different, which allows the players to diversify their offers on the market.

When it comes to lab-grown diamonds, jewellery makers are facing the same questions in terms of design as a traditional diamond jeweler: a wide range of products versus a strong identity? Catering to all or making a statement? Classic or innovative designs? For instance, Courbet proposes a wide range of products that could be qualified as minimalistic, with clean cuts and very pure lines. As for Kimaï, they offer a more young and fresh approach, with some ethnic and boheme inspirations.

Being disruptive is not enough on the lab-grown diamond market that is increasingly gaining in competition. Promoting #TechforGood is the threshold to enter the game, but success is still based on brand image, product design and consumers’ appreciation of it. In a word, exciting things are ahead for jewellers on that sector, but they should keep up with the trends and drastic change of scope on that — not so niche anymore — market.

Firstly, Millennials are more socially conscious and tend to be more faithful to sustainable brands. According to Forbes “79% of Millennial employees are loyal to companies that care about their effect on society.”

Secondly, Millennials are more educated and knowledgeable than the previous generations, which means that they tend to be more open minded and informed on sustainability. “According to the Pew Research Center, 63% of Millennials value a college education and are preparing to acquire one”.

Thirdly, Millennials are financially conscious, since studies found that they earn less than their parents. This means that they will be more conscious on they way they spend their money, with more limited resources. “They prefer the “sharing economy” services such as hiring cars instead of buying them,” according to Forbes.

Finally, the new generation is digitally native, and will not hesitate to adopt technologies that can benefit to the planet. According to Forbes, “the Millennials grew up in an electronic and online environment that created their eagerness to acquire new skills.”

So when it comes to lab-grown diamonds, it is not surprising to see that the main target of Courbet and other similar brands are Millennials.

However, this article would not be complete if we did not address the limits of lab-grown diamonds. Some jewellery consumers decide to buy a diamond for the scarcity aspect of the stone as well as for the natural miracle behind it. Some reluctant consumers could still see lab-grown diamonds as fake diamonds because they lack this magical dimension.

Another aspect that could hinder the success of lab-grown diamonds is the reluctance of high jewellery houses, such as Cartier, Van Cleef & Arpels or DeBeers, to accept them as a viable alternative to so called ‘natural diamonds’. Would a masterpiece of high jewellery really be the same if the beautiful gems that it is made with were made in a laboratory? The small and traditional audience that this market is composed of is clearly not ready for this shift.

Finally, some experts actually argue that lab-grown diamonds are actually not the perfect solution they might appear to be: their environmental impact is very controversial. They are much more carbon intensive than people think and require really big amounts of electricity. Some scholars also argue that despite their criticized social impact, diamonds actually remain a big source of economic development for several countries in the Global South. This is for instance the case of Botswana that heavily relies on diamonds. Overall, “diamond industry contributed $16 billion in 2016 to the economies in which it is mining, including $4 billion in salaries and employee benefits” (Vogue Business article).

Social and environmental controversies as well as the readiness of the market are therefore factors that shouldn’t be disregarded. Future years will be key for this market and will allow us to have a clearer view of its impact and audience. 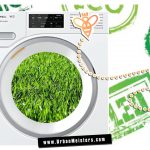 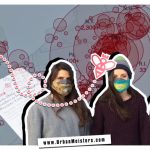