At UrbanMeisters, we are passionate about outdoor running and a treadmill certainly doesn’t match up. Don’t you feel like you’re running to nothing even though the distance meter on a treadmill might say otherwise? But on the other hand with the pollution in cities, our run in the parks and streets is not necessarily a pretty picture either. We tell you what is in your hands to make your run smarter, greener, healthier in 4 simple steps. So go make the most of that run!

Keep a check on the air quality anytime before you run

Our research on outdoor running has revealed that runners prefer the morning time for their daily sprint with the thinking that morning air is the freshest and relatively pollution free. Ah, but this is a generalisation that’s not necessarily true. You see pollution is a tricky adversary – varying from hour to hour and city to city. Take New Delhi for instance, a recent study showed that air pollution was highest among the early morning hours in that city (Source). Then there is also the assumption that winters tend to be better from a pollution point of view so running is the preferred mode of exercise then. But all year measurements of pollution taken in Shanghai showed that it was the worst in December (Source). So fellow running fanatics don’t follow ‘general’ opinion and advice and check the level of air pollution before heading out or consult a reliable forecast before you schedule one.
Now we did say we’ll be giving you simple steps. So don’t think this is tedious or complicated. You can just consult a large choice of websites for the purpose or simply install an app on your smartphone. There are a lot of apps out there, so we’ve decided to investigate regularly on this kind of helpers and give you recommendation after consulting with experts. Here is our current favorites, all of them are for free and avaible for both, iphone and Android:

We have tested these three apps and like them a lot, but we did not yet find the app that does it all.  If you have any recommendations for which app to use or website to consult on checking air quality then do share with us here.

No we’re not sending you out on a wild goose chase but merely asking you to identify a lush green centre somewhere near your house or work place to go running in. You see the concentration of pollution is not the same at all places within the city. Take Paris for instance. Research conducted for a recent study revealed that pollution levels vary drastically between districts. No prizes for guessing that the most polluted areas were near major traffic routes along the Périphérique (ring road) and the Seine, but also in the 8th and 17th districts (Source). So fellow Parisians avoid these areas for exercising like the plague.
Londoners you should sprint clear of these main traffic routes like Bank Junction, Upper into Lower Thames Street, … (Source). And this rule should be followed in all cities. Avoid heavy traffic routes and dense work centres and instead enjoy a cleaner routine at privilege parks and easy traffic routes.
But this is a general rule and we did tell you earlier to avoid falling prey to general rules as a rule. Get accurate measurements from sources. Now in the past, it was almost impossible to access this information. Measurements were collected from stationary equipment, for example in Paris meaurements came from only around 60 stations (Source). Much progress has been made of late:

In the meantime, try to identify a green area in your neighbourhood or city and go outdoor running with ease there, steering clear of emissions and noise as far as possible.

Green mile 3: Treadmill may not really be your friend

Run indoors but, again, not without checking air quality

It’s a common misconception that indoor air is ‘safe’ as far as pollution levels go. You’ll be surprised how bad air quality can be inside the home or gym in fact sometime even 2-5 times higher than outside (Source). Shocked? Read this. Even gyms are not exactly safe havens. A 2012 study conducted on gyms in Lisbon revealed that all 11 of them observed exceeded the limit for certain air pollutants that contribute to respiratory problems like Asthma (Source).
So we just stop running until the D-day arrives when all will be well again? That will be a bit like waiting for Godot! Take matters in your own hands and demand regular checks of air quality from your gym managers and push for air purifiers. Even at home use the purifiers to filter the environment and make it better for over all living. 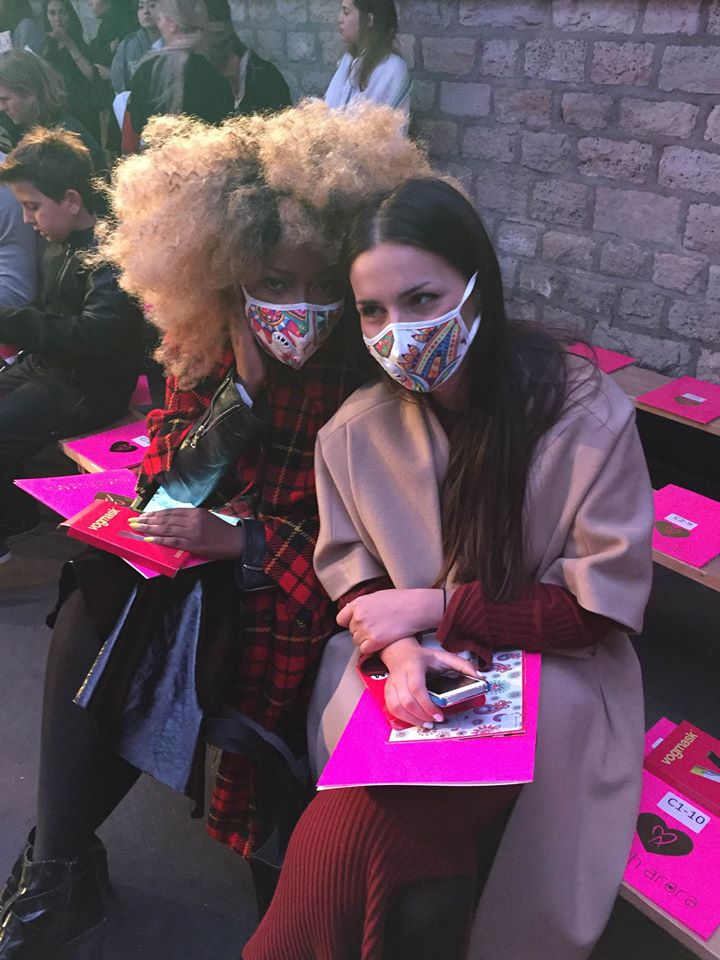 We know you’ve scoffed a plenty at all the people going about life wearing air masks. Or you think only people suffering from respiratory troubles need air masks. But these are as much a necessity now as sunscreen. Anti-pollution face masks are an efficacious option to help breathe better & cleaner in urban centres. So put aside your prejudices and get ready to become a masked crusader and fit this simple habit into your everyday life. Now we know it’s a simple step but many will not follow because it’s not so ‘hip’ and what’s good advise worth if not followed right? But we at UrbanMeisters are thorough in our homework and we promise you solutions that you will find easy to follow. So here is the air mask option that won’t make you feel like Darth Vader!
There are plenty of trendy air mask options in vibrant colours and patterns. Thinking how air mask and trendy can come in the sentence? Check out Vogmask which was even featured at the SS16 Paris Fashion Week. Manish Arora, an Indian designer made a special edition Vogmask that is now also available on sale.
Urbanmeisters also did an exclusive feature on Le Lys Paris– a French start-up making very stylish and luxury anti-pollution masks. This is your go to option if you want to breathe clean air in style! But make no mistake, while their USP is luxury and style, the masks are engineered to offer the highest levels of protection comparable to the best masks in the market. So the technology is sound and the style is superb. Read more on this fabulous label here.
While cool and classy is all good, the most important thing is to look for a sound air mask that is efficient and properly protects you from air pollutants. It’s a hard fact of our life people and we have to use every precaution we can.

So here you are with 4 simple steps to make the running more passionate, greener and effective. Want to see how the mask actually works while running? Soon you will be able to see my run at Jardin de Tuileries wearing one and I promise I’m not looking like an alien.

If you’re as passionate about running outdoors as we are, then share the love and give your tips on green running here.