For UrbanMeisters this COP22 happening in Marrakech, Morocco is a special one. A year ago UrbanMeisters.com was launched as an online green community during the momentous COP21 in Paris. We reported to you live from the thick of the UN Climate Change Conference. And a year on, we’re a community of more than 18,000 greenies making urban green living MISSION POSSIBLE!
And once again our green radar is set on COP22 that is on in full swing at Marrakech even though we could not be there in person. UrbanMeisters is part of the ‘Place to B’ community which is an assembly of media personnel, researchers & climate change activists. And thus we stay connected with all that is going on at the conference so that we can report it to you readers. And helping us by being our eyes and ears at Marrakech is fellow blogger Thibault Laconde from ‘Place to B’. Thibault is a French engineer and blogger specialized in energy and climate. Now a lecturer at Neoma Business School and freelance consultant, his previous experiences include 5 years as energy and sustainability officer in humanitarian organisations. 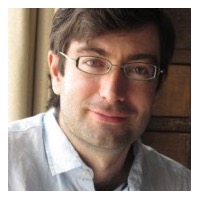 Over to Thibault Laconde as he tells us the two key things to know from COP22 Marrakech.

This week on Tuesday 15 November 2016, started the political part of the UN Climate Change Conference in Marrakech. We see about 60 heads of state succeeding each other on stage and several ministers diving deep into the discussions.
This is often a rich period of back and forth moves: The heads of state and ministers have the necessary authority to decide on the unattainable agreements that the negotiators discussed during the 1st week of the COP22. They however are less knowledgeable about the subjects than the negotiators themselves and thus the discussions can get very volatile at times. But we’re heading for the critical phase of COP22 and the two key elements that we’re on the look out for are the ‘Rulebook’ & the ‘Call of Marrakech’.

This meeting is supposed to precisely define the agreement that is a relatively short text and obvisouly vague so that it can be  made operational. For the moment we have not really advanced on this part and the coming days of the key phase are crucial for this. However, we the watcher community have named this project ‘Rulebook’ and you will be hearing a lot about it future as it will define the rules of the green game and the Paris Agreement.
The rules of the game need to detail how concretely the Paris Agreement will work and thus they need to answer a multitude of immensely technical questions like:

The objective of Marrakech is not to answer all of these questions, but more to define a workable program if possible with deadlines that are tight enough.

2. The ‘risky’ call of Marrakech

Even before the start of the COP22, this subject created a lot of buzz that refuses to die down. Before the kick off, Morocco wanted the conference to conclude in a concrete call to action and mobilisation. There were people doubting the interest of the Call of Marrakech (purely political) as the ink of the Paris agreement is hardly dry and it has a legal value contrary to any kind of ‘call’ of this sort. But after the Donald Trump election, it was deemed not a bad idea to have the heads of states re-confirm their engagements.
The problem is that the Paris agreement came about thanks to a very delicate balance- an achievement which could be difficult to re-produce.
The draft of the ‘Call of Marrakech’ only circulated in very select circles, seems to have potential to upset the developing countries. There is no mention of a common responsibility, but a differentiated responsibility which is an old-fashioned way to see who needs to do what, pay how much etc … as it historically does not include all key polluting countries.
Even the method of the Call of Marrakech is criticized as the developing countries disapprove of not having been consulted. Meanwhile the Moroccan Presidency thinks it is a simple call to action and not a negotiated text and thus does not need to be reviewed and approved formally.
Some negotiators wishing to stay anonymous even say that this Call could result in a scenario like in Copenhagen one where the COP President presented an informal text to be discussed which actually resulted in the failure of the whole conference.
Thank you Thibault Laconde for being our eyes and ears at COP22. Readers, you can read Thibauld’s original article in French here and check out his blog where he explains in a very straightforward and easy way various subjects on ecology, sustainable development and climate change.
We shall keep you posted on key developments from COP22 in the next days. Stay tuned.