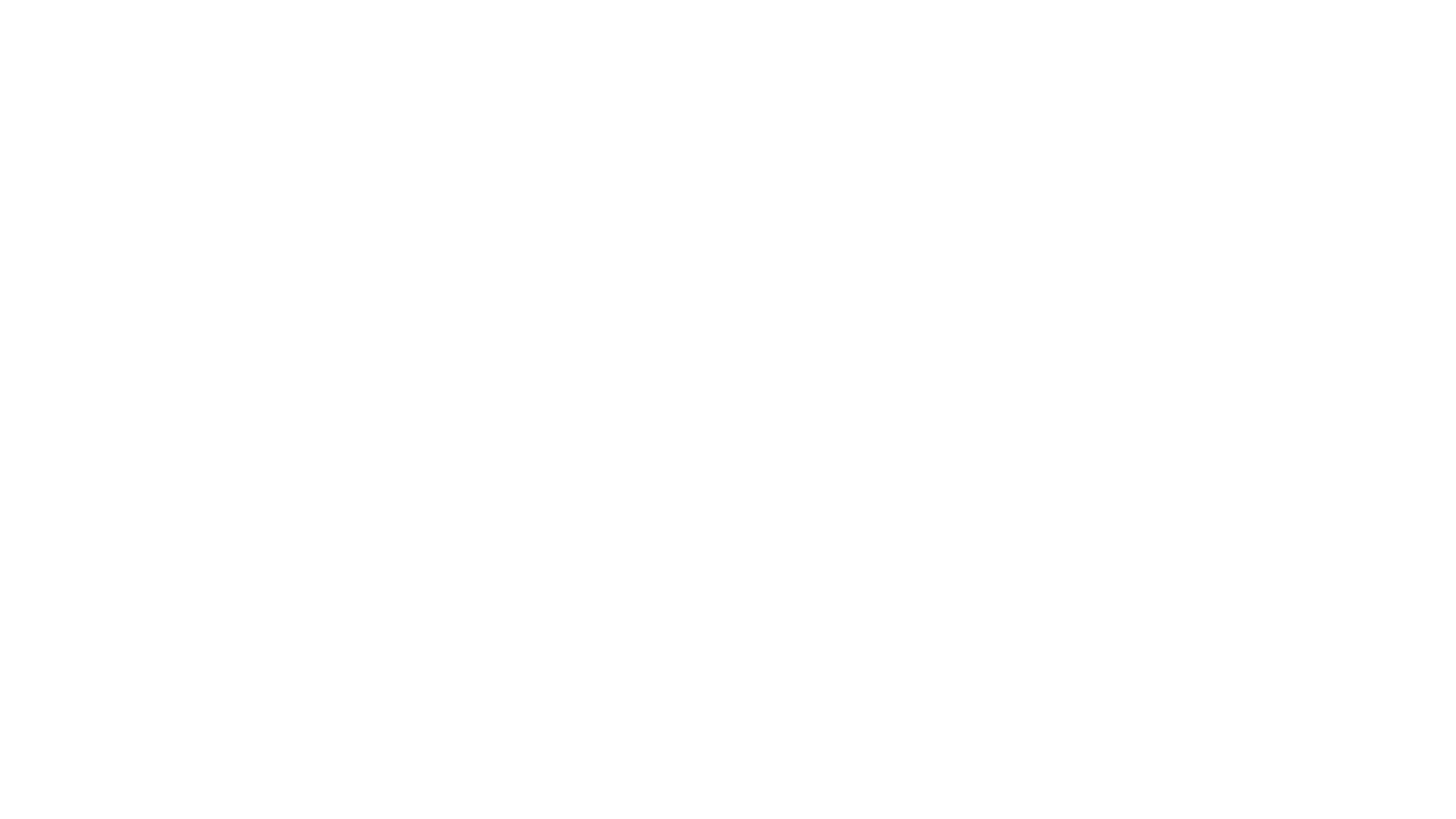 Do you know what’s the natural habitat of straws? Our oceans! The battle against one of the biggest environmental problems, plastic, wages on as the world’s oceans find themselves home to 8 million tons of plastic garbage. Oceans will contain more plastic than fish is not a joke or a meme people! UN Secretary General Antonio Guterres opened the first UN Conferences on oceans in June with this warning, corroborated by various studies including by the Ellen MacArthur Foundation. And at the heart of all this plastic litter in the oceans is the small insignificant plastic straw.
Straws are the top contributors in the 8 million tons of plastic waste that spills into oceans. Which is why we at UrbanMeisters have made it one of our top priorities to make you give up plastic straws. There are so many cooler alternatives to plastic straws like the Bali-Boo Bamboo Straws which are eco-friendly and re-usable. BYO or bring your own is on the rise with people opting to bring their own bottles, cutlery, straws etc to cut down on single use plastic like straws. We also try and bring to you all the voices that are spreading awareness about this issue like Cartoonist Rob Lang who uses dark humour to talk about plastic in oceans. Another such voice to join the straw wars is documentary filmmaker Linda Booker who’s latest documentary STRAWS film is generating a lot of interest. Inspired by the turtle video that made even the most cynical non-believers sit up and take notice of the plastic straws in ocean menace, Straws film takes an incisive look into this crisis, its negative impact on marine life and how green activists are working to achieve a plastic free environment. Narrated by Oscar winning actor, screen writer and activist Tim Robbins, Straws had its first world premiere in April 2017 at the Sonoma International Film Festival and is now making its way to viewers across the world primarily through film festival circuits. Making a sea of change, one straw at a time, here is Linda Booker in conversation with UrbanMeisters on the inspiration behind Straws film, its consequent impact, her future endeavours and more.
Before we chat with Linda watch the trailer of Straws below: 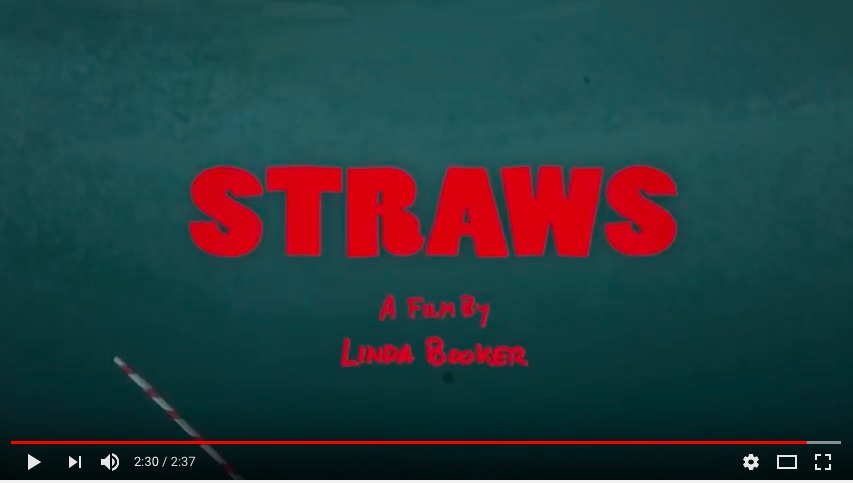 Hello Linda! Welcome to UrbanMeisters! Tell us what motivated you to make Straws?

Back in April 2015, the idea for STRAWS film came from Steve Shor, a friend and film festival programmer I’ve worked with. Steve has a good eye for environmental documentaries so I gave attention to this idea. Once I started researching, I was embarrassed that it never occurred to me something as small as a plastic straw could be a huge contributor to plastic litter and what we now know is a threat to marine life. 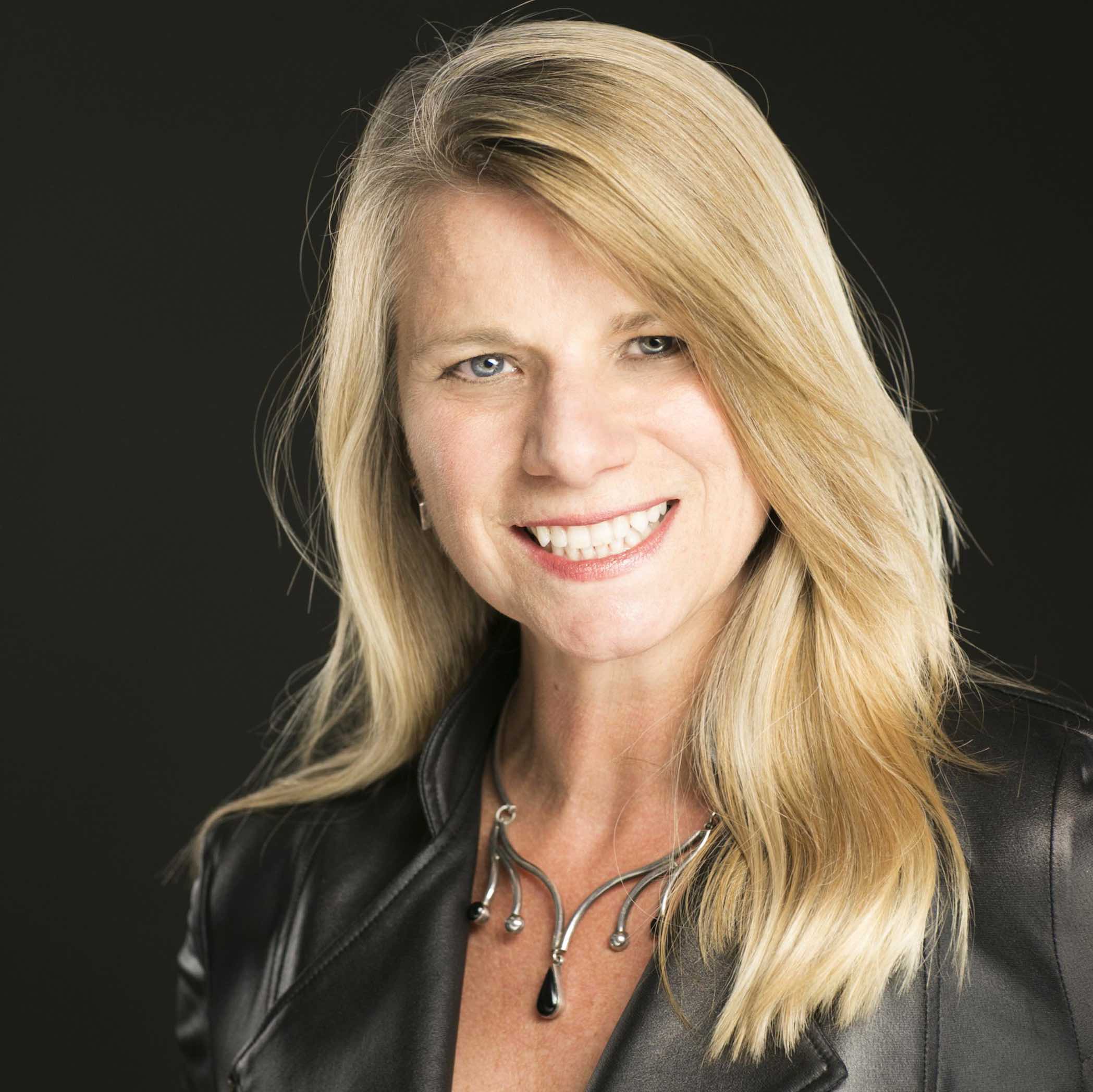 How has the response been so far?

I couldn’t be happier about how the film has been received. We’ve been in 10 film festivals so far, and received a Best Environmental Film Award since Straws premiered in April. But more importantly I’m hearing from viewers who aren’t “in the choir” that they’re surprised by the information presented in the film and many are motivated to act. I’ve already had some viewers say this film changed their life, which is the most amazing and rewarding words for a filmmaker to hear. In Europe, we’ve only had screenings in Italy so far, but all seems molto bene there too! 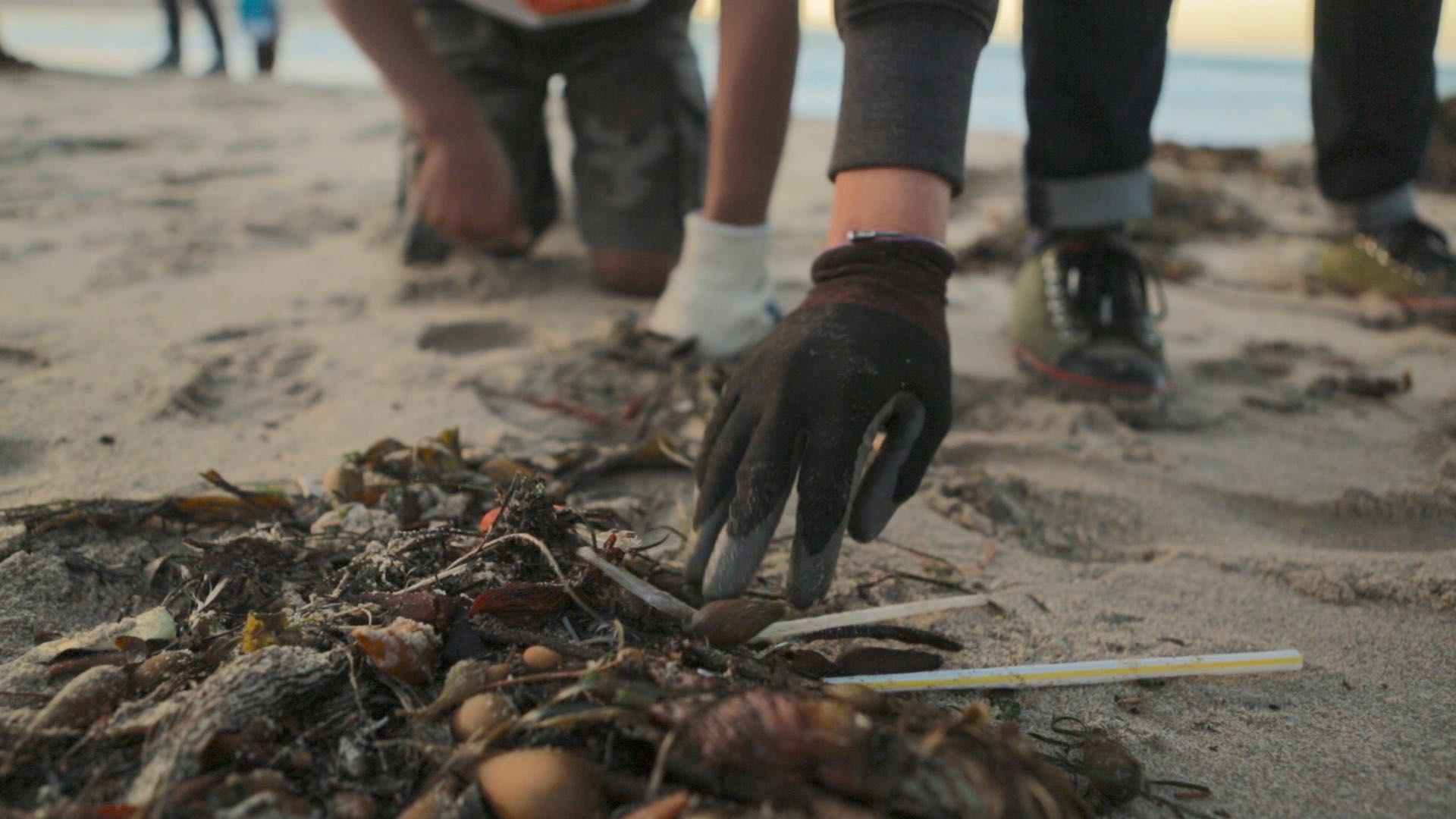 We’d love to go behind the scenes a bit! When making the film, what was the most emotional moment for you? Any anecdote for us?

We really enjoyed our time filming in Playa Grande, Costa Rica with Max Machum, who was 11-years old at the time. He started his own campaign to get rid of plastic straws in his community after local turtle researchers found a plastic straw in an Olive Ridley’s nostril (the viral video that has received much attention). He was so sweet and authentic in his interview. Afterwards when I was outside the entrance of the restaurant where we filmed, I was surprised by his arms suddenly wrapping around me from behind, hugging me. He was thanking me and saying how much he appreciated us coming to Costa Rica. I almost started crying, he completely stole my heart! 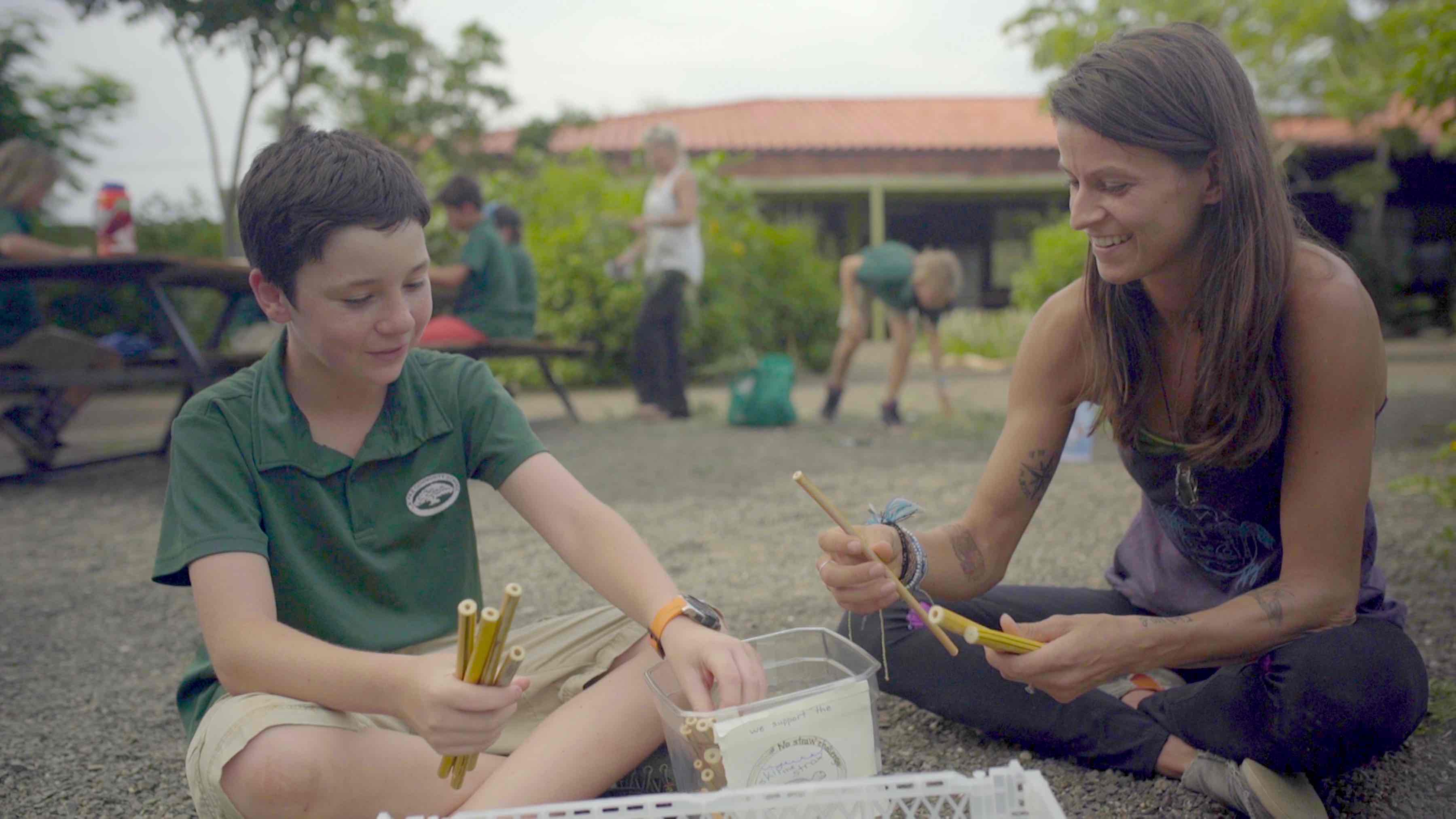 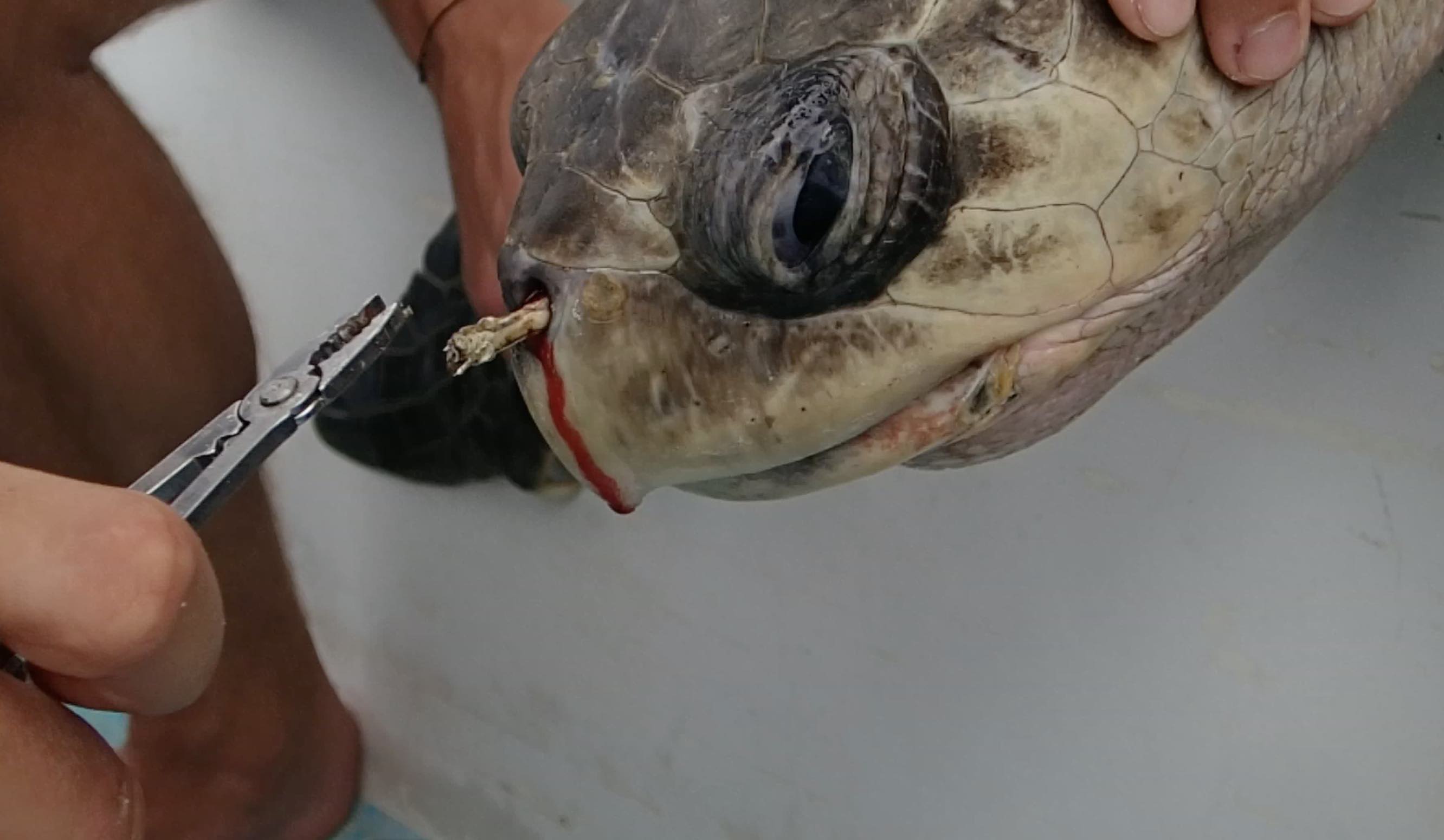 How different is it to make a documentary film on environmental issues from other subjects? Or does it require the same sensibilities & research?

I’ve done four larger scale documentary film projects on very different topics and I think the process around research and sensibilities is the same. As a filmmaker who’s doing the producing, interviewing, and editing, I feel very responsible for decisions that could affect what viewers think about afterwards. In the end I hope people feel entertained and informed. With an environmental topic I try not to be too heavy handed or you lose people. With the topic of plastic straws, I could use a little humor and animation (voiced by Academy Award-winner Tim Robbins) and I think audiences appreciate that. 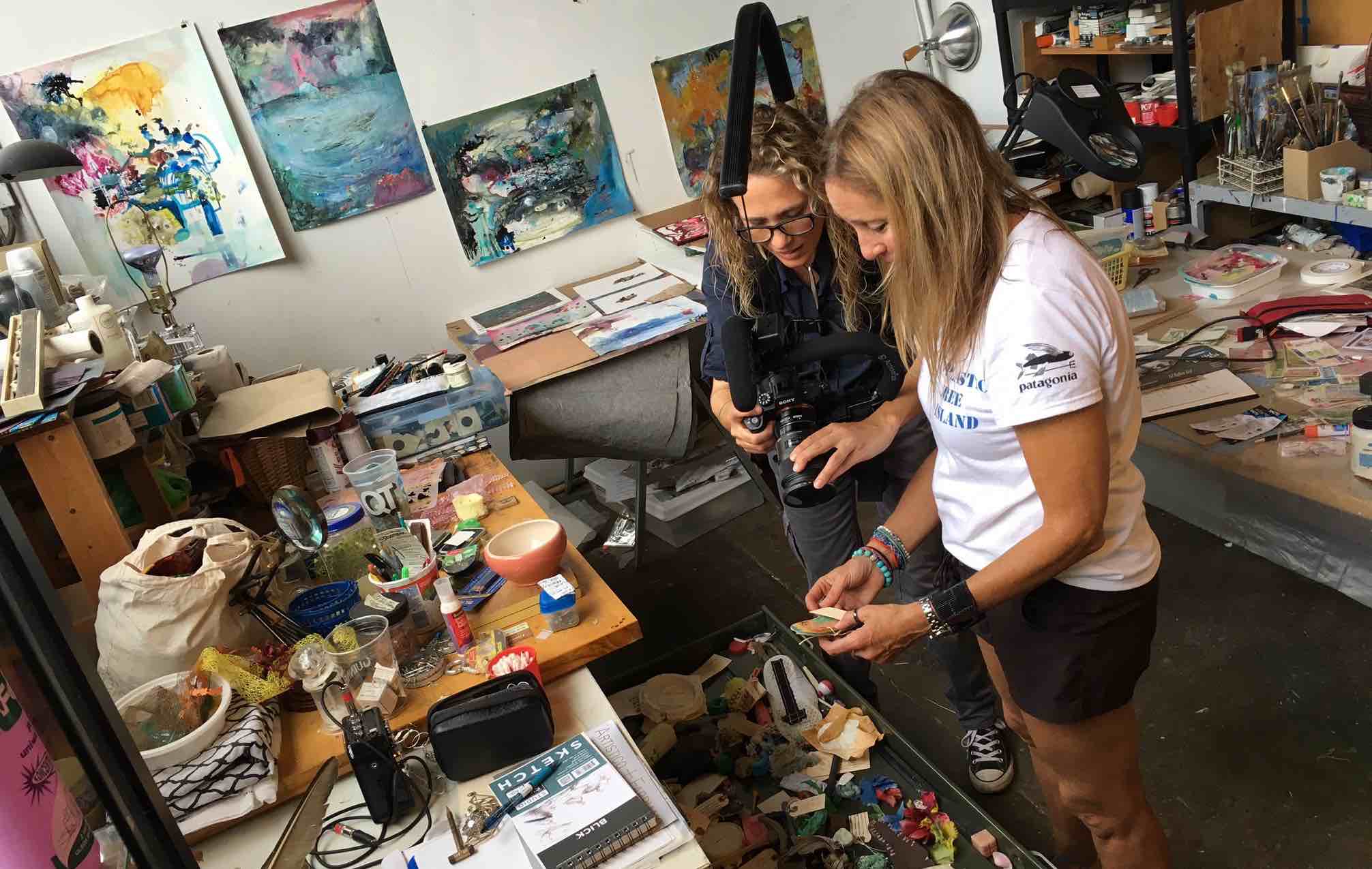 When do you plan to open Straws film to a wider audience with say a release on youtube etc? Do you also have special programs for student viewings etc?

Like I said earlier, we’ve been in 10 film festivals so far, and received a Best Environmental Film Award since Straws premiered in April and we’re excited to have recently released the film for screenings in communities (by groups or individuals) and educational use. I’m especially enthusiastic about reviews from teachers. Its 32-minute length works well for classroom use and for gathering people together with community experts on plastic pollution and waste management to explore taking more action in their area. In North America it can be booked and purchased with Video Project and elsewhere through Vimeo on Demand. It will be available for home and consumer use after 2017. 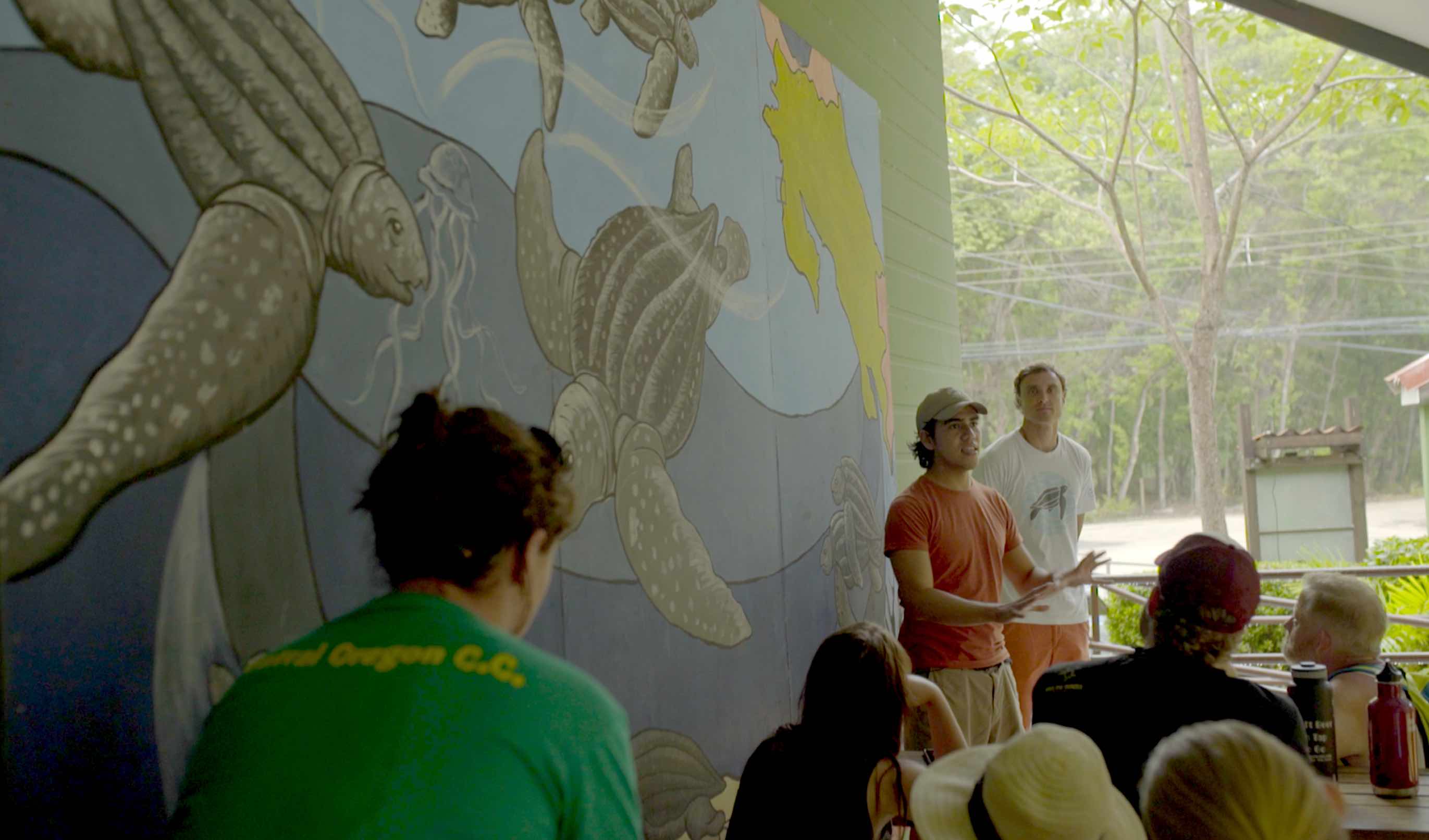 Have any law/policy making bodies seen the film to push them towards stricter laws against plastic or straws usage near beaches?

Yes, we’ve been getting inquiries from various city council members and organisations such as Surfrider Chapters about the film. We hope it can be used by these kinds of civic leaders and groups to get wider support and educate the public and business sectors why policies regarding single-use plastic (like straws and plastic bags) can help reduce the enormous amounts of plastic ending up in streets, waterways and eventually oceans. 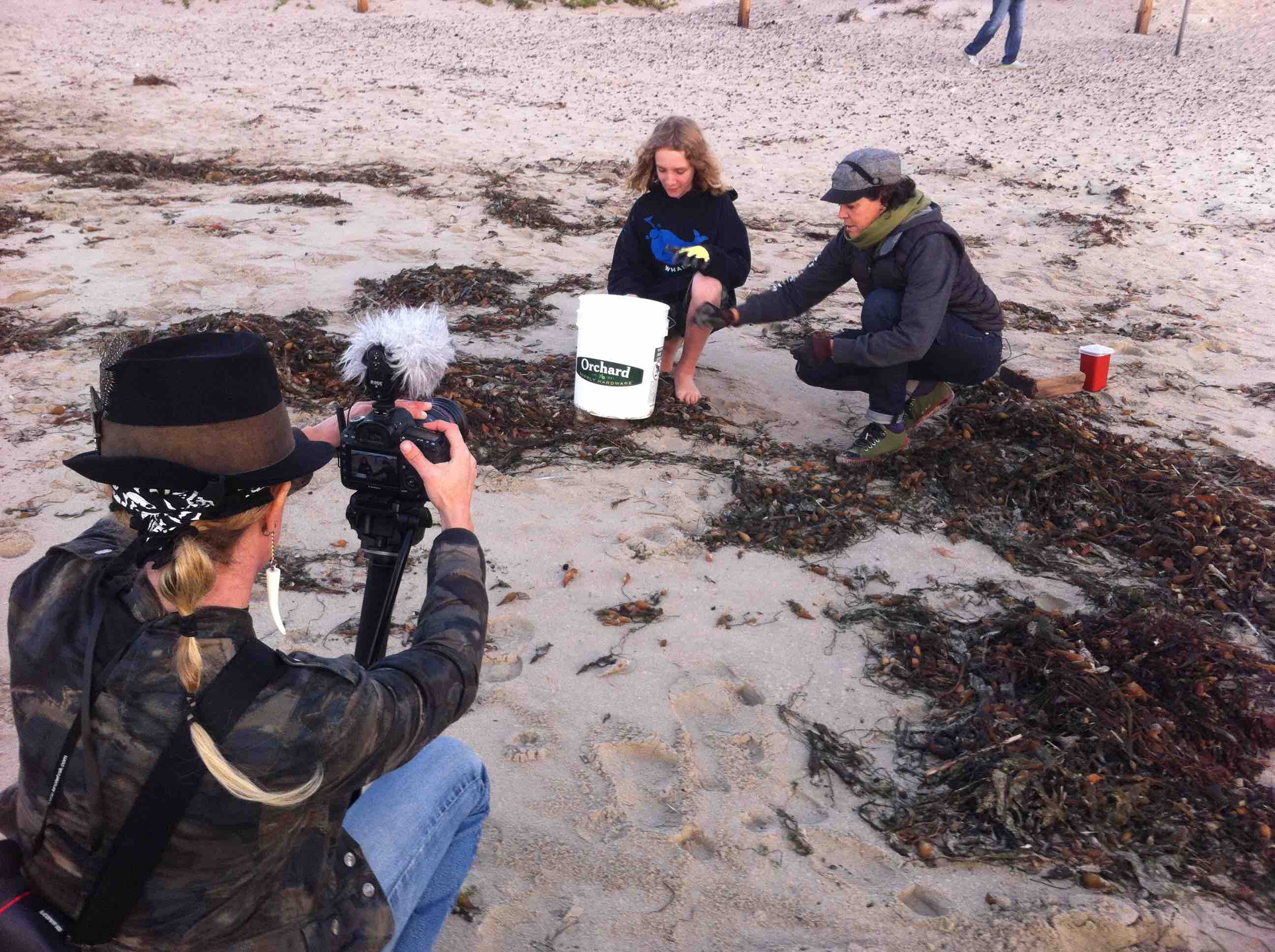 What are some of the personal efforts you put in being green daily?

I was already trying to not use plastic bags and bottles before making the film, but my efforts to avoid them have definitely increased. We recycle or compost as much as possible and I try hard to not use synthetic, chemical-free body and household products. I’m so sensitive to all that stuff now! I’m also looking at fabric labels and making the choice to purchase organic cotton, linen, etc. since we now know plastic microfibers from synthetic fabric and fleece are now being found in oceans. My last documentary, “Bringing It Home” was about industrial hemp, so I have quite a bit of hemp fiber in my wardrobe too!  My ultimate dream is to build a carbon-negative hempcrete home that won’t need a heating or cooling system.

What’s next on your plate?

Straws film screening events, and the work and communications around the film’s impact campaign will be taking up a lot of my time over the next year. I don’t have another project in the works, but it will probably be an environmental topic again. If anyone wants to executive produce “Butts” (as in the No. #1 beach litter item) I’d be happy to talk!

Thank you Linda for chatting with us! UrbanMeisters, awareness is the first step towards solving any problem and Linda Booker’s Straws film is certainly an eye opener. It can be purchased, downloaded and streamed for educational and community screening on the following channels:
Vimeo On Demand
Video Project
You can also follow the documentary’s screenings on the film festival circuit here. For all information visit the Straws Movie Website.
UrbanMeisters, we have the perfect 3 step action plan to help you give up plastic straws:
# 1 Take the pledge to not use plastic straws with #1LessStraw Campaign by teens Olivia & Carter. 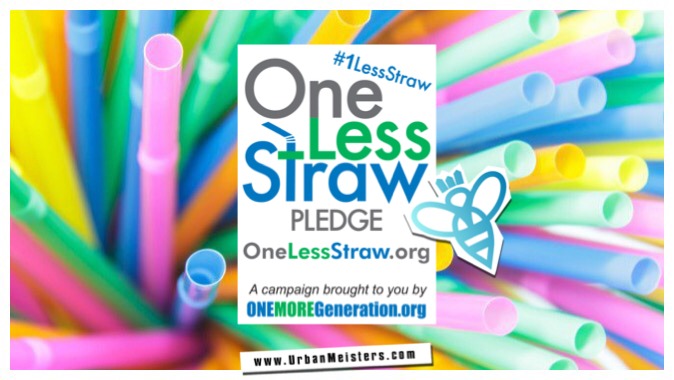 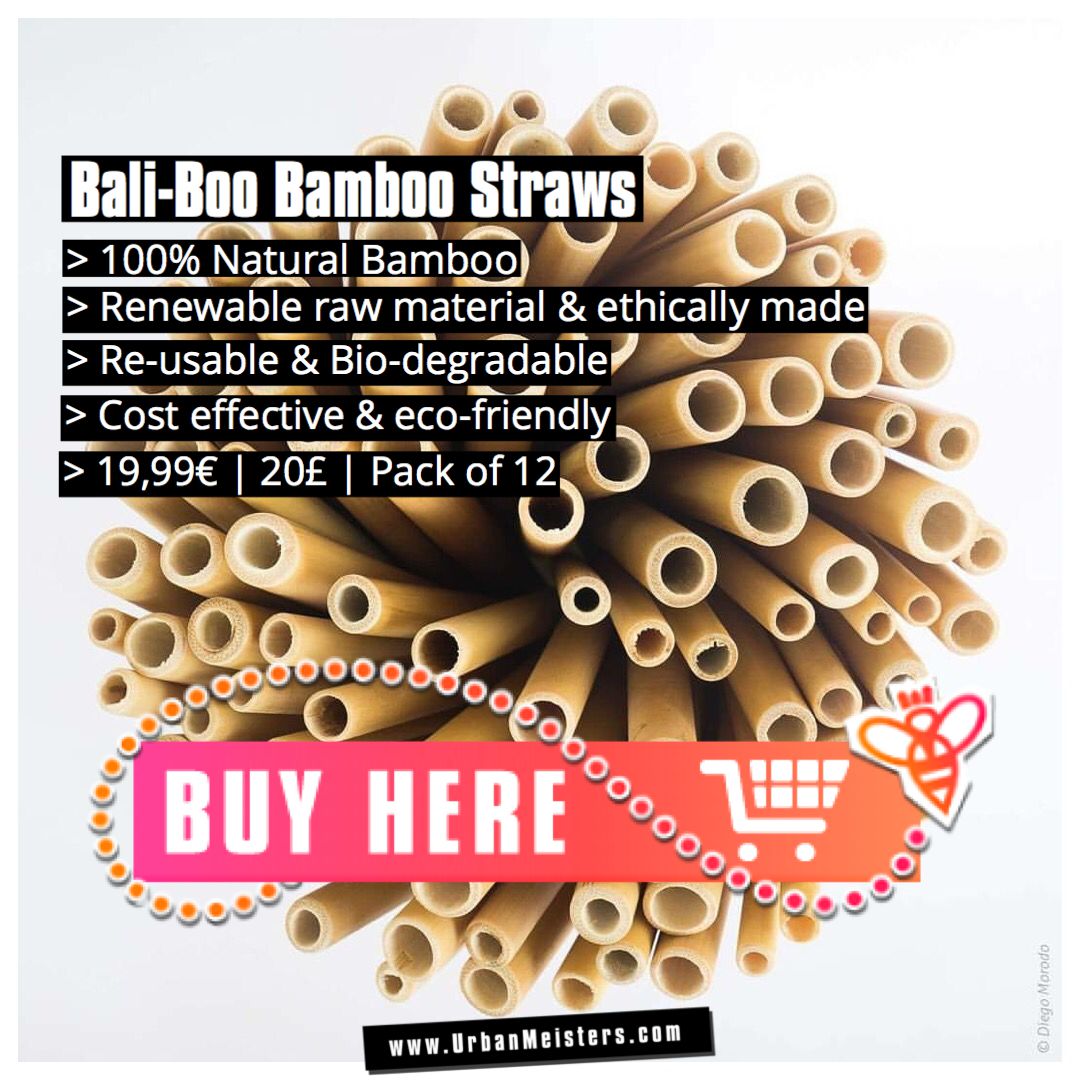 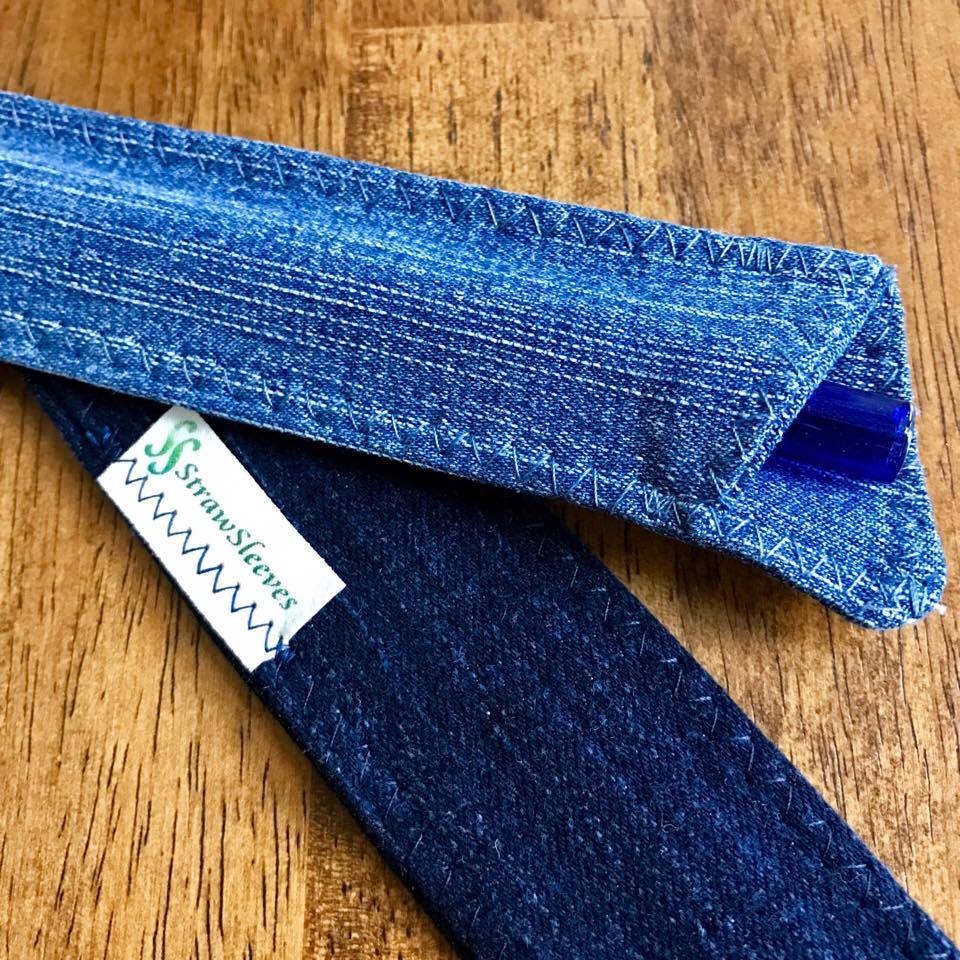