Last week something great happened – France, in an effort to save bees, gave a green signal to completely ban many widely used pesticides blamed for harming bees. We explain why this is a great news as well as the two sides to this move.
While the European Union (EU) recently limited the use of neonicotinoid chemicals, which are responsible for the decline in bee populations, France is going beyond the EU’s call by completely eliminating these chemicals from the crop fields.
The EU limited the use of neonicotinoid chemicals, commonly known as neonics, produced by companies including Bayer CropScience and Syngenta, after studies showed the pesticides threatened bees, which play a vital role in pollinating crops.
The measure, however, would not come into effect until Sept. 1, 2018, later than the January 2017 deadline previously proposed by some lawmakers.

The big deal about bees?

These industrious insects have been around for roughly 125 million year. Bees play a critical role in our environment, agriculture, and overall health. This is why we have chosen the Bee to be(e) our mascot and symbol. Read here more.
Bees are responsible for pollinating around 100 different human food crops which provide around 90 percent of the world’s nutrition! Without bees, we’d no longer have broccoli, asparagus, cantaloupes, cucumbers, pumpkins, blueberries, watermelons, almonds, apples, cranberries, and cherries.
Did you know: It takes around 31 billion bees to pollinate 810,000 acres of almond trees in the San Joaquim county, California, that represents 80 percent of the almond trees population in the world (Source).

How are these pesticides killing the bees?

Neonicotinoid pesticides work effectively on pests that harm crops by targeting their nervous system. Unfortunately they have same effect on the bees leading to Colony Collapse Disorder as bees exposed to neonicotinoids lose their ability to figure out their surroundings due to experiencing memory loss. These pesticides are also said to damage the immune systems of bees, rendering them especially prone to diseases.
There has been a global plunge in bee populations. One has to differentiate between natural bees and managed bees, sadly it is common to both that they are declining globally, particularly in North America and Europe (Source):

You must know that there are big debates about the decline, how bad the situation really is, what the exact numbers are. There is for example a report of the European commission that showed that the decline is less high than assumed, but also that there are important regional differences:

Whatever the exact numbers are, the indicators are clear there is some significant losses of wild and domesticated bees.

Is it proven that pesticides kill bees?

Those who say OUI

Two recent studies confirm the theory that pesticides are playing a part in bee decline. A study by French researchers and another study by British scientists has discovered that exposing bees to pesticides leads to smaller bee colonies and reduces the hive’s production of new queens. The British study found an 85% drop in the number of queens being produced.
Watch this video of Dr. Keith Tyrell explaining how this new class of pesticides, neonicotinoids, which are considered “new” in that they have only been on the market for about 20 years, are taken up by plants as they grow. These ‘neonics’ are not like old pesticides because they become part of the plant itself, making it toxic. 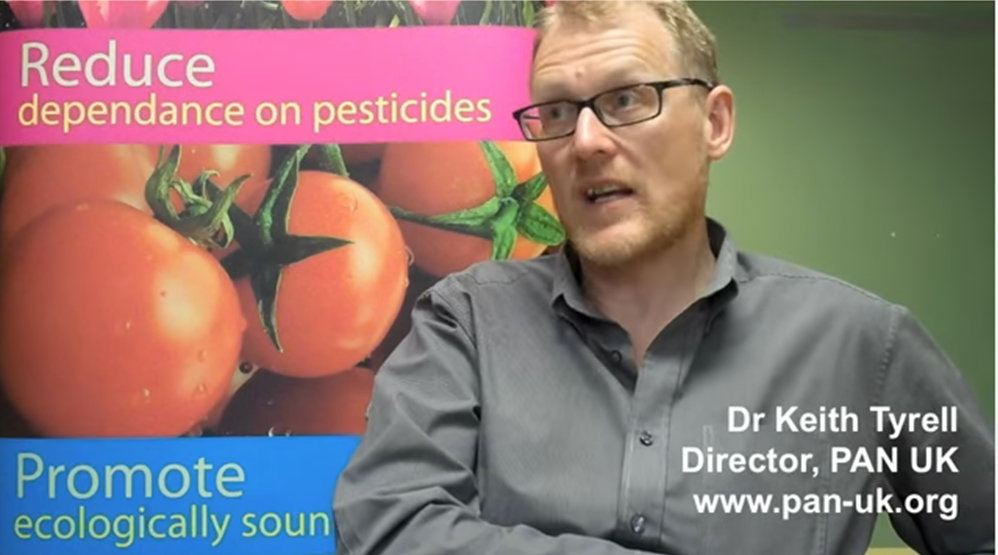 Finally, green gardian angles, Greenpeace believes after getting the full picture of existing research and expert opition that the identified concerns are compelling enough to reasonably suspend the use of a number of bee-harming pesticides completely, including the neonicotinoids (Source).

Those who say NO

However French Govt’s move has led to a lot of debate Crop chemical makers say the research blaming neonicotinoid pesticides is not backed up by field evidence and a global plunge in bee numbers in recent years is a complex phenomenon due to multiple factors like migratory bee farming & human trade (example of how we humans are killing bees). Migratory bee farming is stressful to bees as they are kept in boxes for days plus this also leads to disease transfer from region to another.
Also, Eric Mussen, an apiculturiust at the University of California, Davis, noted that the case against these pesticides is not clear-cut. For example, honeybees are apparently doing fine in Australia, where neonicotinoids are widely used and varroa mites are not a problem. Neonicotinoid use is common in Canada, but colony collapse disorder is not significantly affecting hives there.
Farmer groups, too, are upset with the French govt’s move, saying there are no viable alternatives to neonics, and a full ban would put the country at a disadvantage over other crop producing nations in the EU. Bayer called the move a setback to farmers in a statement, adding: “Some farmers are going to find themselves in a dead-end regarding crop protection … and could see their harvests fall by 15 to 40 percent depending on the crop.”
But contrastingly global agriculture is dependent on bees. (Read more)
What’s worse is that studies have found that these pesticides also impair the developing human nervous system. One study conducted by the U.S. Geological Survey found that neonics because they are used so widely are widespread contaminants of groundwater. And as recent studies say that neonics can be bad fur us humans too, notably for the development of our brain, at UrbanMeisters we pledge to follow the precaution method and France example.

What can you do to Save the Bees?

Read more on Greenpeace site to see how you can save the bees. We will cover his more in depth in the future, so expect more articles on this issue – which of course we owe to our all Bees, bumble or honey, as they are the UrbanMeisters mascot. Generally speaking:

Once again, there is a long way to go, a lot of reserach is missing on different bee types, even top media mess up for example honey bees and bumble bees. But what just happened in France is giving hope. As we say in our Brand story « Bees certainly have mastered the art of green urban living and hence are the ideal UrbanMeisters to learn from! » So we better take good care of them and « God Save the Bees » to make « Vive la Bee » 😉