We promised you that every week, at UrbanMeisters, we will explore different subjects around pollution that are the buzz of our urban lives. And as promised this week we are buzzing about the biggest climate conference – COP 21. UrbanMeisters will bring to you live updates of discussions & decisions and interpret how these will impact our everyday lives.
The new kid on the block – goes live with 40,000 diplomats, experts & 150 world leaders
UrbanMeisters launch date, the 30th of November 2015, was not chosen by hazard. The COP21 (stands for the 21st edition of Conference of the Parties), was kicking-off on the same day. It’s one of the most significant event globally for everybody concerned with climate action. To top it all, this year the event is being hosted in Paris, one of UrbanMeisters hometowns. What better opportunity to show you concretely that UrbanMeisters means what it promised – making green living as easy as possible through straight-to-the-point inside information?
How is UrbanMeisters bringing you the buzz from this huge & complex honeycomb COP21?
During the COP21, UrbanMeisters offices are at the Place to Be. It’s the digital media headquarter bringing together over 500 journalists, bloggers, entrepreneurs, artists and other sole « meisters” from more than 40 countries across the world sharing the same ambition – change the way we talk about climate. (We’ll be showing you around the media headquarter in the following days.)
UrbanMeisters’ Day 1 at COP21: We swim the ocean for you
This 21st edition of the COP, though it remains to be seen, could prove to be the real game changer world-wide. UrbanMeisters kicked off its first day at COP21by covering a very special event : the launch of the Because the Ocean Declaration (a topic I’m personally very passionate about as I was literally born a couple of foot steps away from the beautiful Adriatic see in Croatia!). And I’m sure it means a lot to all of you as well in some personal way or the other.

So what is Because The Ocean?
A declaration to align and commit to stronger integration of the ocean in the climate action plans. The event with attended by government representatives and civil society, the most glamorous of all – HSH Prince Albert II of Monaco. He was also the first out of 11 countries to sign the Because the Ocean declaration. Other countries that were not present at the event have already announced their decision to sign it and more countries will be recruited to sign this declaration during the COP21 events in the following days.
As you know, UrbanMeisters is a new kid in this movement, so perhaps it’s our fresh outlook that helps us see things others don’t. But I was really confused and shocked to hear that the ocean has only recently been integrated in climate change discussions! Isn’t it evident that we can only calm down the global warming consequences if we take into account all key actors of the planet, right? And with the ocean covering 71% of the planet, it’s undeniably a key player?
Because the Ocean: Behind this initiative are the following 6 partners: 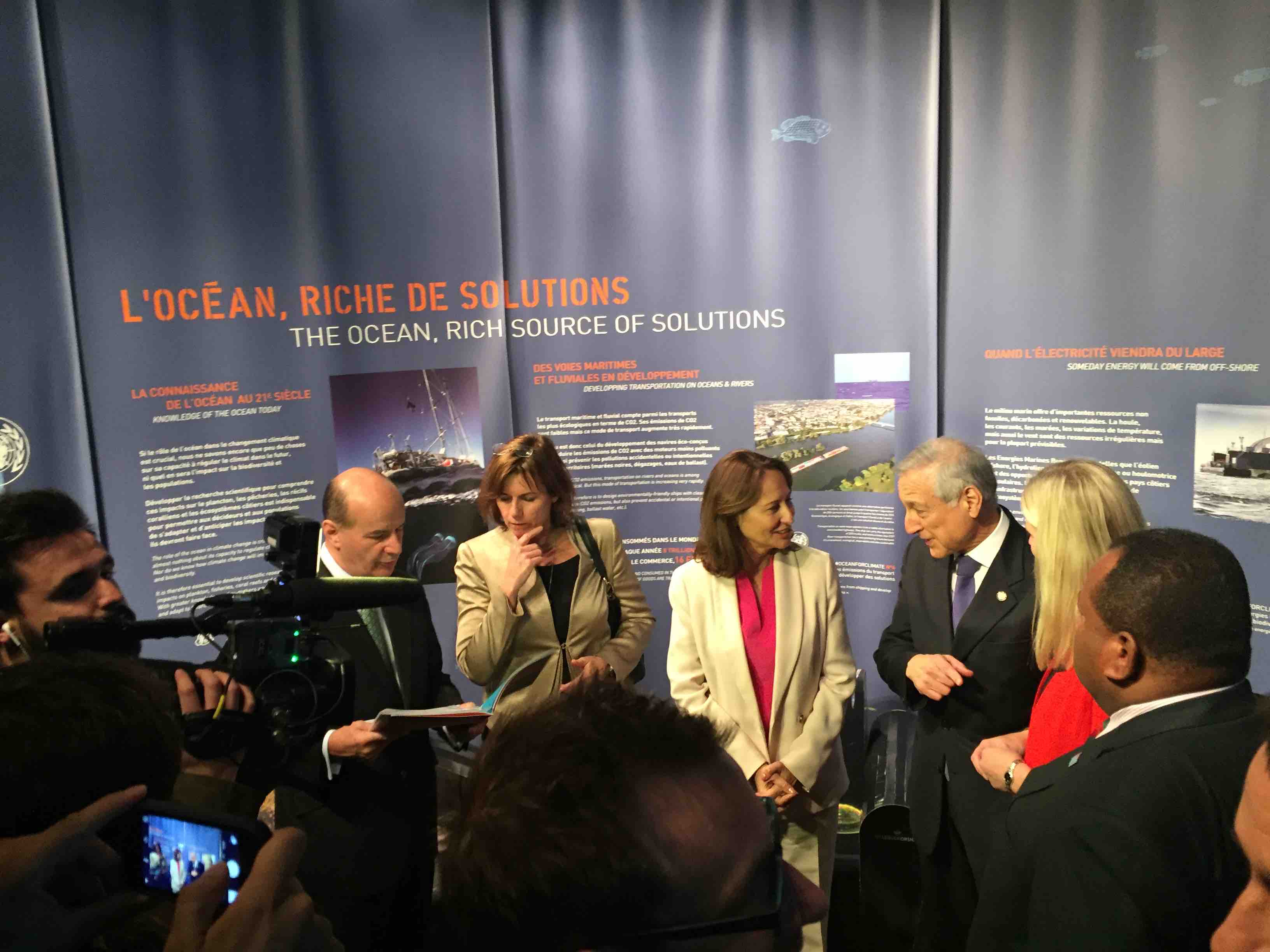 Why is the ocean so important firstly? Because Blue tops green concerns
My intuition about Ocean being a key player was confirmed by listening to experts like Jose Maria Figueres, Co Chair of the Global Ocean Commission.

So I definitely learned today that the lung of the planet is blue, not green.

To Conclude: Small steps will ultimately make the big impact
While the ocean initiative became a little more identifiable through these learnings, it’s evident that the way is not simple. The conference day was marred by the news that Japan refused to clamp down the controversial whale hunting industry which has a serious impact on marine biodiversity. It was surely a dampener but no one said going green was going to be easy. So let’s pick one battle at a time.
All in all a great learning day. Stay tuned for more updates from the world’s biggest environment conference!

Parisians have been placing hundreds of pairs of shoes at the Place de la Republique in the French capital in a creative response to canceled climate march
Image: Source