All eyes are on the charter of agreement to be presented now that COP21 is on it’s last lap. But suspense loomed large across the proceedings as not much information is seeping out from the negotiating tables. Mr Lauren Fabius, President COP21, kept his promise of presenting the ‘work-in-progress’ alignment draft yesterday, though we should point out it was after a long wait of over 2 hours form scheduled time of release.
But even this document did not present a very clear perspective on the path being taken ahead. In fact we do not know much other than the fact that the charter has been further reduced from 48 to 29 pages. Everyone was tight-lipped and everything was kept obscure like the final objective for 2100 was still being viewed in options of (2degrees), (below 2degrees), (1,5degrees)! All the makings of thriller we tell you!
We do know, however, that the really important and delicate negotiations are being worked out as we send this out. The objective is to align by tonight, so that the agreement can be translated and officially validated at COP21 tomorrow evening. The clock is ticking people. And the suspense is killing!
While there are plenty of naysayers, the general mood is till very hopeful that an alignment will be brokered at COP21 Paris and it won’t be a no show like the Copenhagen COP.
Don’t think that people are merely waiting for the negotiations results with bated breath! Plenty of action here on Ground Zero with NGOs and Green Crusaders from across the world keeping up the pressure right in front of the negotiations space with their antics and messages. Two caught our attention and the world’s too:
1. Art met protest in the Louvre today as performers ritualistically spilled ‘oil’ on the Louvre floor to protest to symbolise the polluting influence that two oil companies wield through their sponsorship of Paris’s most iconic museum. – See more here. 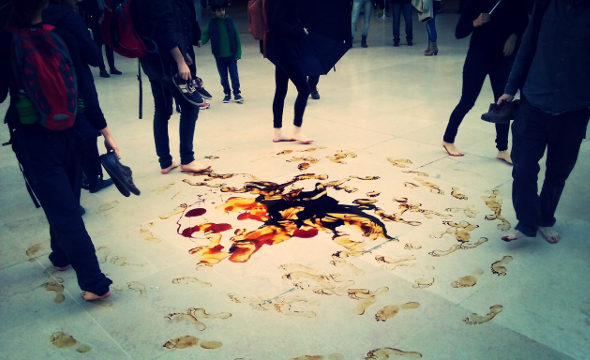 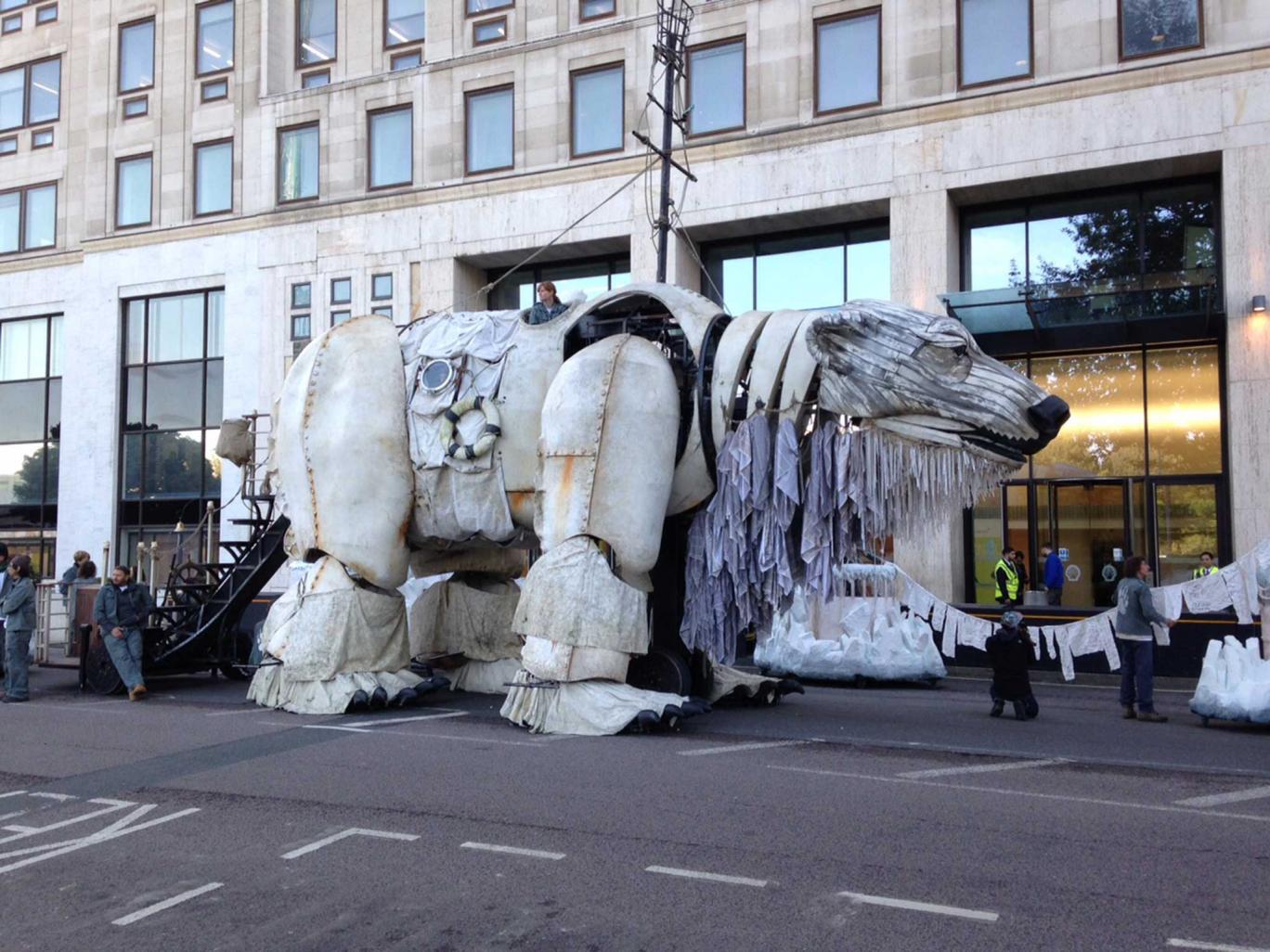 But the highlight for us was listening to the fashion legend Dame Vivienne Westwood. To the uninitiated, this iconic fashion designer is known as much for her dreamy creations as her activism for social causes. And she walks the talk having restructured her whole business model to make way for ethical practices. In June 2013 Westwood announced that she was shunning further expansion of her business as a way of tackling environmental and sustainability issues. She massively cutback on licences to have a balance between bottom line and green line growths. She is big proponent and practitioner of ethical and sustainable sourcing of raw material too. She has long raised the issue of climate change and is fiercely outspoken when it comes to environmental issues so her appearance at COP21 came as no surprise but much anticipation. Her talk was inspiring and practical. If we were to sum up her mantra for change: buy less, chose well, make it last. And that’s not all! 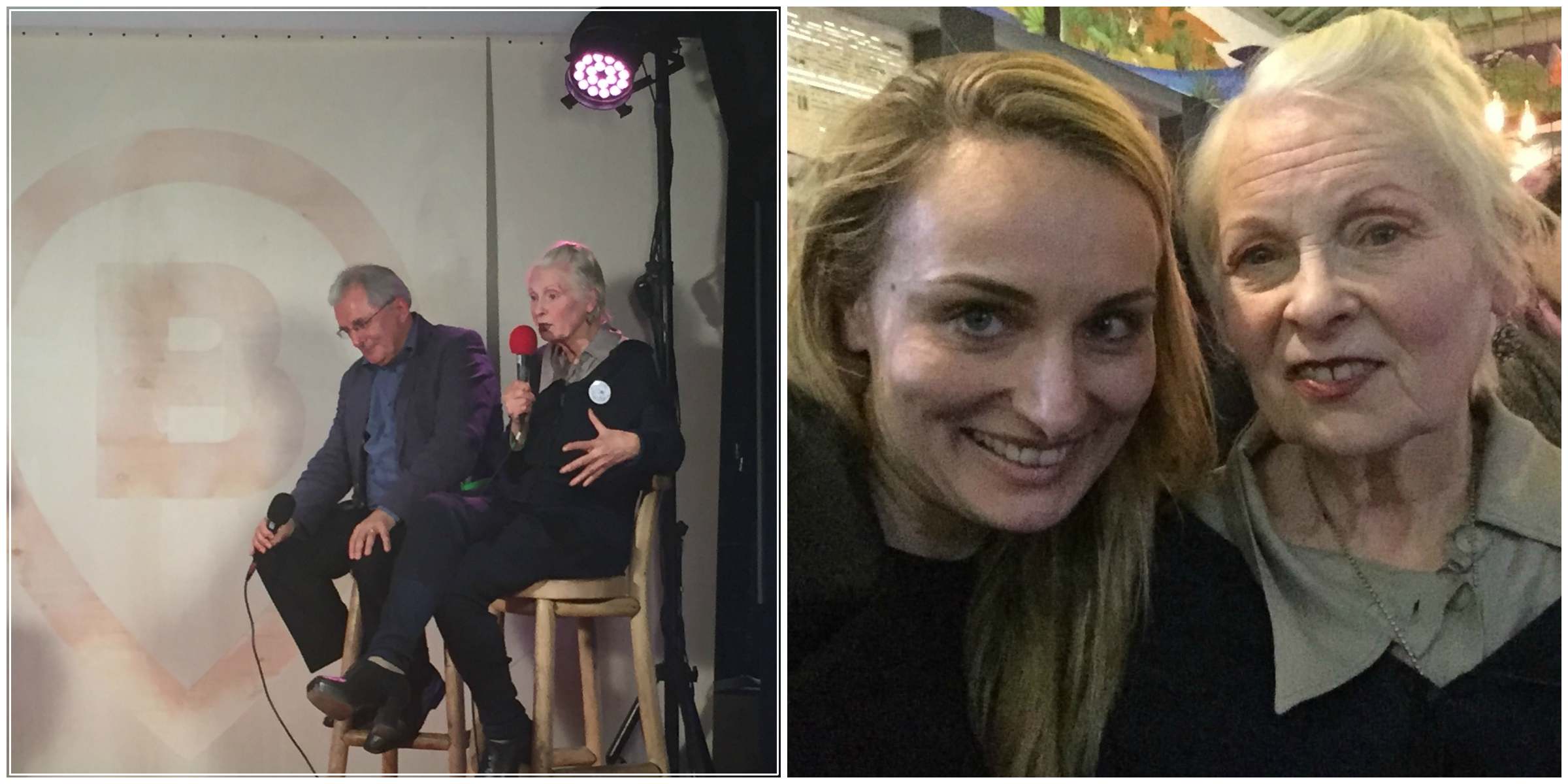 The Dame spoke out about government hypocrisy in the face of the planet’s destruction by climate change. She has produced and acted in a new short film, Trouble in Paradise, where she pushes for a new law that recognises environmental destruction as a serious crime – the crime of ecocide. The film premiered, just a short distance from the centre of the global climate talks at activist and media headquarters, Place to B. In Trouble in Paradise, Westwood and husband Andreas Kronthaler play Adam and Eve encountering the fall of humankind. The planet looks doomed, until a judge (also played by Westwood) introduces a law to stop ecocide.
[youtube id= »4p6sp9HhW4c » align= »left » mode= »normal » autoplay= »no » maxwidth= »780″ ] That’s all the action thus far. We’re here with our ears to the ground. Watch this space for more.