Here’s some zero emission news that will lift your green hearts! At the recently concluded InnoTrans trade fair in Berlin, Germany unveiled the first ever hydrogen powered passenger train- a zero emission wonder that will be in operation from Dec 2017 onwards. Developed by the French company Alstom, the ‘Coradia iLint’ train created quite a green stir in the world. Switching public transport to greener, more sustainable modes is on the agenda of most nations. And Germany seems to have flagged off this carbon free passenger train with great aplomb. This launch comes close on the heels of the one year anniversary of the Diesel Dupe scandal that rocked German automobile giant Volkswagen when it came to light that the company was cheating on emission tests. Many other international car makers subsequently have been caught in the act. Green transportation is one of the biggest concern areas for the world right now as emission limits are being strictly lowered and diesel locomotion is coming under the scanner everywhere. The Coradia iLint comes as great green news in such a scenario!
“Alstom is proud to present a breakthrough innovation in clean transportation,” the company’s chairman and CEO, Henri Poupart-Lafarge, said in a statement. While many other provinces in Germany have reportedly signed off on letters of intent for implementing these carbon free trains, many countries like Denmark, Norway and the Netherlands have also expressed keen interest in buying them from the developer.

Dubbed ‘HydRail’ for being run on clean energy source- hydrogen fuel, this breakthrough innovation is set to change the public transport sector around the world. Completely carbon emission free, this is the first of its kind passenger train to regularly ply over long distances. It is set to start operations in Germany on the Buxtehude-Bremervörde-Bremerhaven-Cuxhaven regional line in Lower Saxony, according to reports in Die Welt.
The long distance train runs on electric power from lithium ion batteries. These batteries are in turn powered by a fuel cell using hydrogen stored in a tank on the train’s roof. This fuel storage is one of Alstom’s biggest innovations as it is controlled by an intelligent energy management system. There are also plans to build the requisite hydrogen producing plants along the train routes though Alstom claims that the train’s fuel tank capacity will allow it to travel long distances without needing to re-fuel. This is a breakthrough because one of the problems plaguing hydrogen powered vehicles industry has been this need to constantly re-fuel. But hydrogen powered fuel cell technology has made tremendous progress in the last couple of years.

How green is this train? Running on hydrogen power supply technology, the trains have no carbon footprint and do not pollute the air with harmful emissions. So far the German rail transport system is run on diesel powered trains like most of the world, but the Coradia iLint is set to change the transport landscape. What’s more, it also cuts down on noise pollution being significantly quieter than diesel trains. That ought to be great news for the people living in the proximity of railway tracks. Are they fast and efficient you ask? The hydrail’s top speed is said to be 140 km/h.

The transport industry around the world has been keenly developing clean fuel transport options in the last decades. While most innovations in the rail industry, especially in the hydrail technology, have been in the cargo trains sector, this train is a big milestone in the push to reduce greenhouse gas emissions from passenger transportation. Else where in the world too mamy prototypes are being developed and tested as freight trains. The Japanese Railway Research Institute showcased a rail car powered with a fuel cell in Tokyo in 2004. In 2006, the East Japan Railway Company carried out the first hydrail test drive. China too has been working diligently in this field with the South China Rail Corporation developing the first hydrogen powered trams last year. The world at large is investing in new ways of constructing a sustainable transport system. This would especially be a boon in growing economies like China, India, Brazil which are heavily reliant on trains as a mode of public transport. 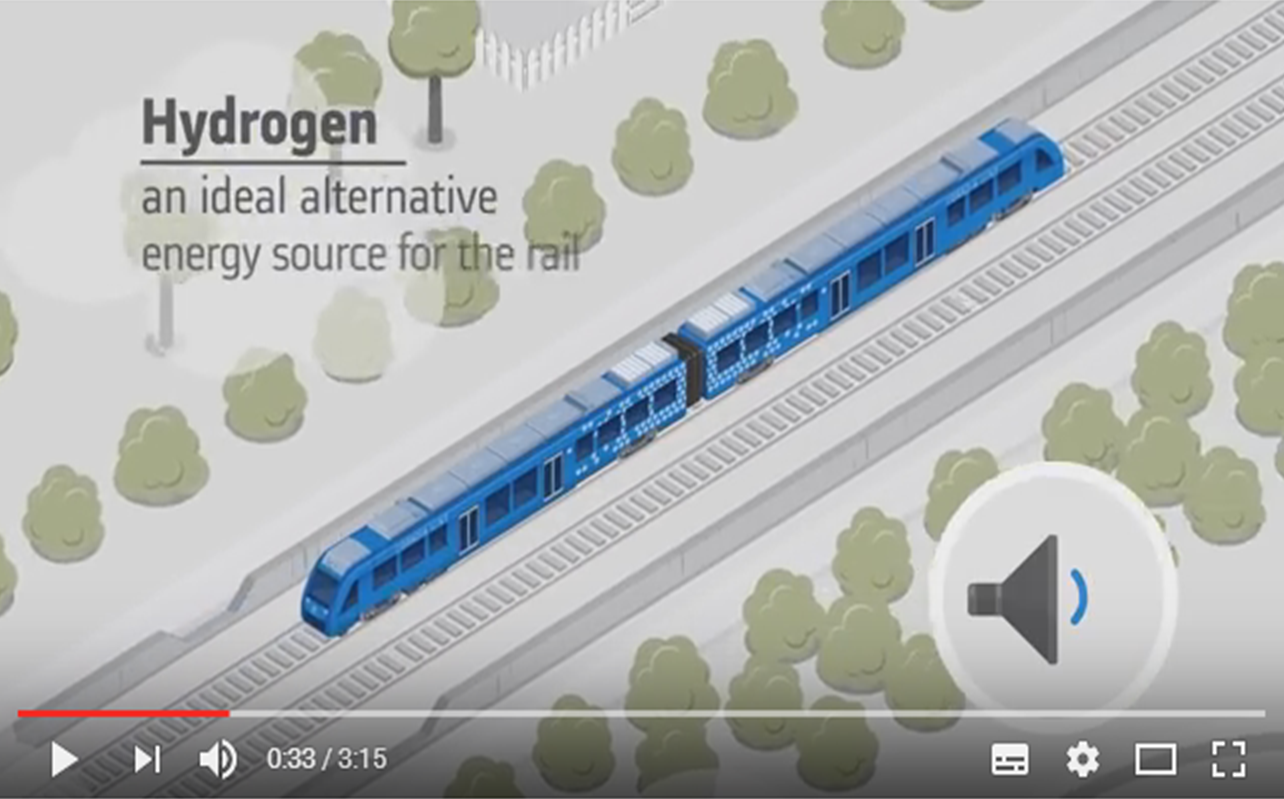 Break-up with Plastic: This relationship will only give you pain!What’s Buzzing
London unveils Europe's largest fleet of electric busesWhat’s Buzzing